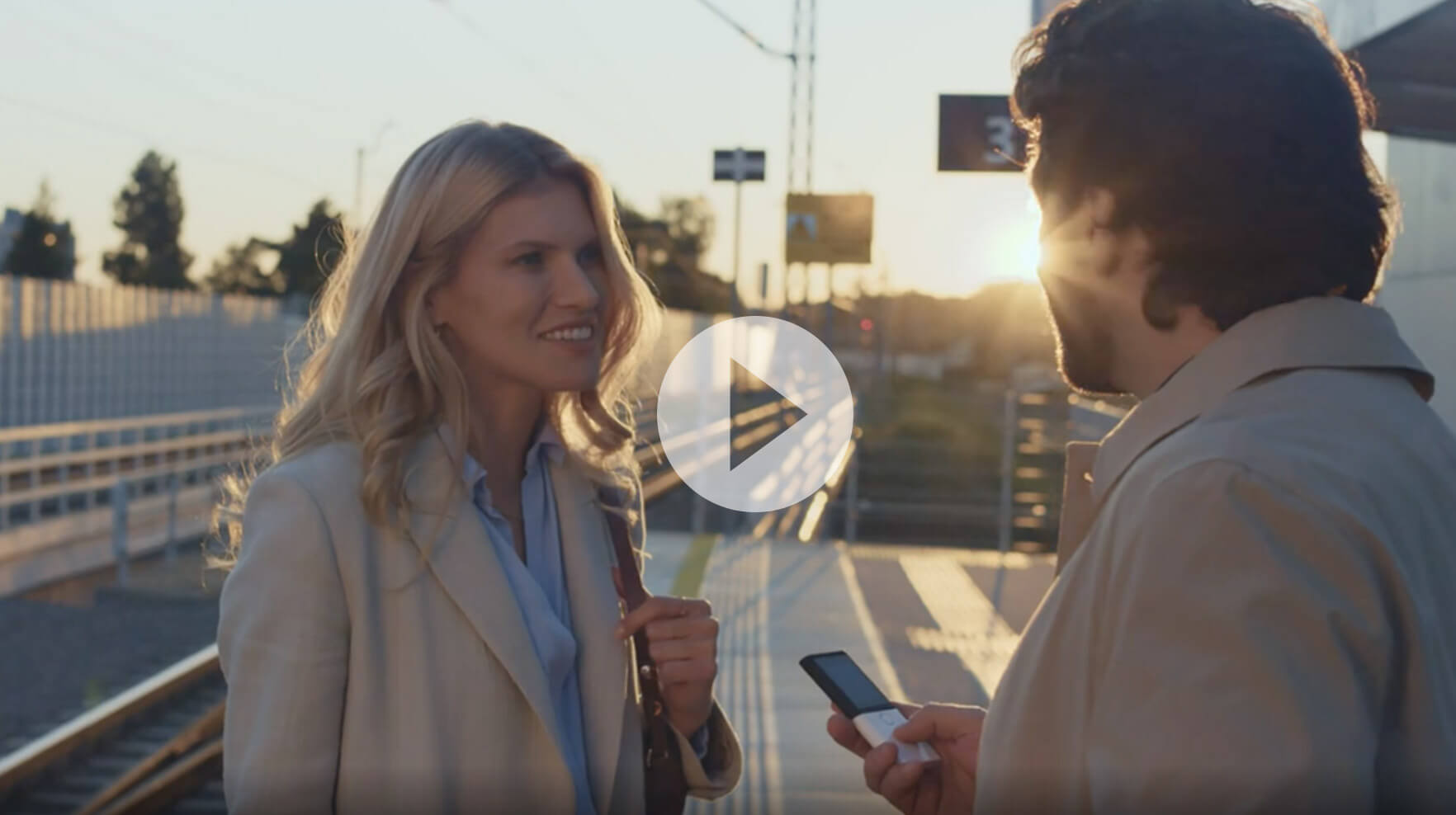 Just like its famous predecessor Vasco Mini 2, the Vasco Translator M3 universal translator features unlimited free lifetime translations. Plus: Now you can also translate phone calls or any printed text such as menus or newspapers using the PhotoTranslator.

Everything you need to communicate, without having to learn any foreign languages. It’s amazing, isn’t it?

You probably think everyone can speak English. Sure, millions of people learn English, but 80% of the world’s population does not, or is uncomfortable using it. With Vasco Translator M3, you can reach the billions of people who don’t speak your language. Get one and go have an adventure!

FREE Global Data
use the in-built SIM-card for quick and secure translations in almost 200 countries, UNLIMITED & FOR LIFE. No repeated renewal costs!

Conference Translator
use MultiTalk to translate meetings or conferences with up to 100 people speaking different languages.

Store & Share
your translations in the device or via email.

Make Friends Around the Globe

Nelson Mandela said that if you speak to people in their own language,it goes straight to their hearts. We created the Vasco Translator M3 universal translator with this idea in our minds.

It is a genius device for international drivers. We can seamlessly communicate with the person present at loading, or in a restaurant, or when we buy something or go to the gas station.

Really practical, small, and it will translate your words into countless languages. I highly recommend this device - please try it yourself! I have had extremely positive experiences working with it.

Founded in 2008, Vasco Electronics is a global technology company with design and development based in Europe, with offices in the USA, and with representatives in a dozen other countries.

Though a global company, a local call connects you to our knowledgeable English-speaking customer support team. Our warehouse is located in the USA.

At Vasco Electronics, we believe we design and manufacture the finest translator devices in the world. We stand behind our products with a 100% money-back guarantee. We are not satisfied until you are satisfied.

The Power of Understanding. At Vasco Electronics, our mission is to assist people worldwide to communicate, thereby nurturing understanding and cooperation. We believe that communication is the key to making our planet a better place. The team at Vasco Electronics creates their universal translators with that goal in mind and with the world's welfare in their hearts.